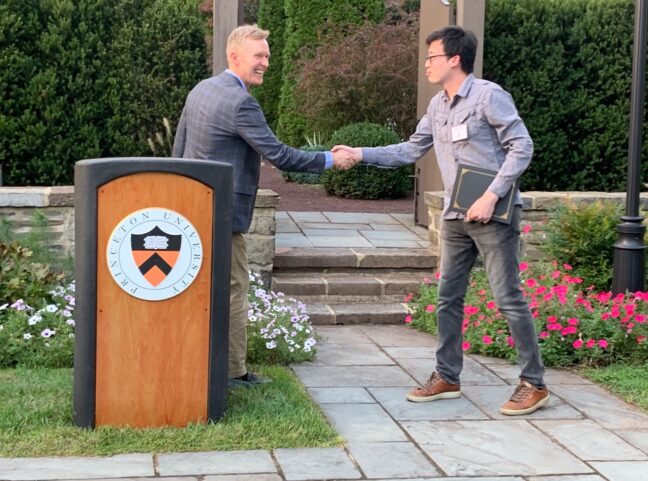 The award is based on his research on Kinetic Umbrellas.

This is a high honor for a graduate student at Princeton University and not many are given!

Congratulations Jackson for this well-deserved award! 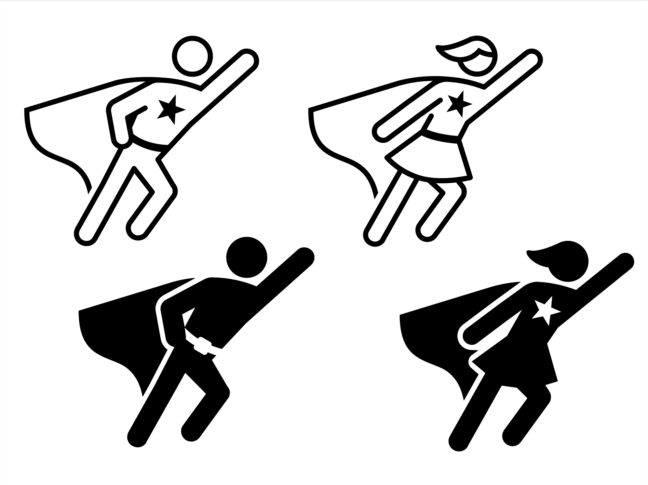 Inspired by the TED-Ed video by Matthew Winkler that describes the characteristics and journey of “heroes”, my colleague Ignacio Paya Zaforteza and I wrote a paper for Structural Engineer International [1] on the elements of the structural engineering hero that are parallel to the monomythical hero. The abstract states:

This is a one-year position with possible renewable depending on performance and funding.   Preferable start date is on or before September 2021. The researcher will be advised by Professor Maria Garlock of CEE in collaboration with Luc Deike of the Department of Mechanical and Aerospace Engineering.  Queries should be directed to the former at mgarlock@princeton.edu.

Interested candidates should submit an application online at https://www.princeton.edu/acad-positions/position/20601. A recent Ph.D. in a relevant field and demonstrated publications are required. Applications should include a CV, a brief statement of research experience and interests, and the contact information for three references. The review process will commence immediately and continue until the position is filled.

Princeton University is an equal opportunity employer. All qualified applicants will receive consideration for employment without regard to race, color, religion, sex, national origin, disability status, protected veteran status, or any other characteristic protected by law. This position is subject to the University’s background check policy.

On June 3, 12:30pm (EST), ASCE’s Virtual Structures Congress held a session titled “Structural Engineering for a Changing Climate: The Floating City”, which I moderated and presented along side some colleagues as listed below. While our profession has made great strides in quantifying forces due to gravity, wind, seismic, and fire – the floating city will require learning about new forces (e.g. hydrodynamics) and innovative materials to withstand the harsh environment.  Major impediments to innovative structural solutions are policy driven – specifically – government regulations, insurance industry policy, and lack of codes and standards.This session brought together diverse panelists to stimulate discussion with the audience.  Challenges and future research needs were identified by both panelists and audience.  The hope is that a community of scholars and practitioners can be formed to continue communications and advance the vision for the future. Presenters and themes included:

The article recently published in Scientific American “Engineering, Beauty, ad a Longing for the Infinite“, speaks of a quintessentially Princeton ethos : the importance of a liberal arts education (and longing for ‘beauty’) in STEM curriculum.

The piece was inspired by a PIIRS Global Seminar co-taught by Sigrid Adriaenssens, Maria Garlock, and Branko Glisic. It is written by our colleague, Margarita Mooney, whom the instructors invited to join in Italy for a six-day excursion with the students. Margarita is a Professor in Princeton Theological Seminary (this year she is a visiting scholar at Princeton University), where she defines herself as “someone whose work lies at the intersection of sociology, theology and philosophy.”

Towards the end of the article she goes into detail about what we learned on the excursion and summarizes the piece nicely with why a liberal arts education is important. A great and inspiring read! 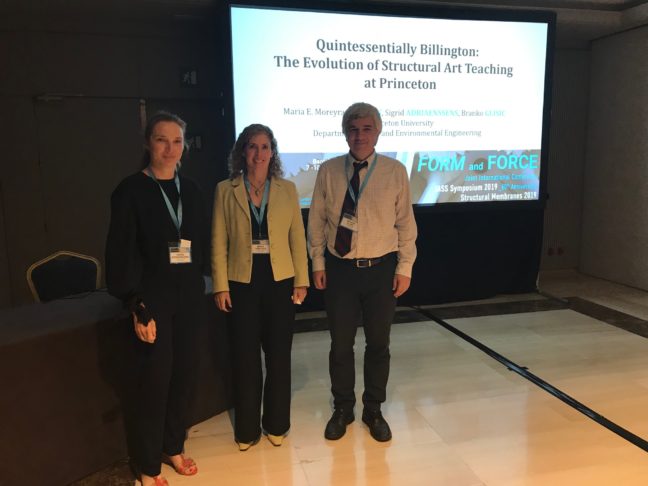 On Monday, October 7 2019, two sessions were held at the IASS Conference in Barcelona:

Six papers were presented in each well-attended session and these papers can be downloaded here.

The session organizers (John Abel, Maria Garlock, Sigrid Adriaenssens) wish to thank all of the contributors of these sessions – you were essential to making it a success! We also thank the audience for engaging in thoughtful discussions with each other and the presenters.

There will be another set of papers honoring David Billington, to be published in the Journal of the IASS in March 2020.  Stay tuned! 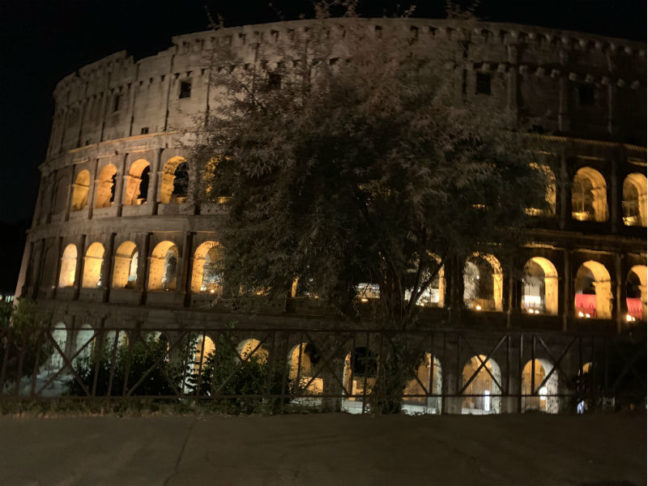 Professors Garlock, Glisic, and Adriaenssens taught “Two Millenia of Structural Architecture in Italy” in the summer of 2019 through Princeton’s PIIRS Global Seminar Program.

The aim of this seminar is to track and  understand the structural and architectural engineering leadership of Italy in the context of social-political-economic circumstances.

The seminar studies various structures of Italy in three distinct time frames. The first part of the course explores creativity in structural and architectural engineering during the classical and medieval period. It identifies particularities relative to the analysis of ancient structures, including construction materials, construction techniques, structural elements (column, arch, wall, and shell), and architectural forms (bridge, building, and dome). The second part of the seminar is based on vaulted reinforced concrete structures of the  1900s. The works of Italian engineer Pier Luigi Nervi are contrasted to those of Spanish engineer Felix Candela. The third part of the seminar brings us to modern times of lightweight structures and advanced technologies. It traces the relationship between innovative design and construction technology, and the evolution of tent structures. 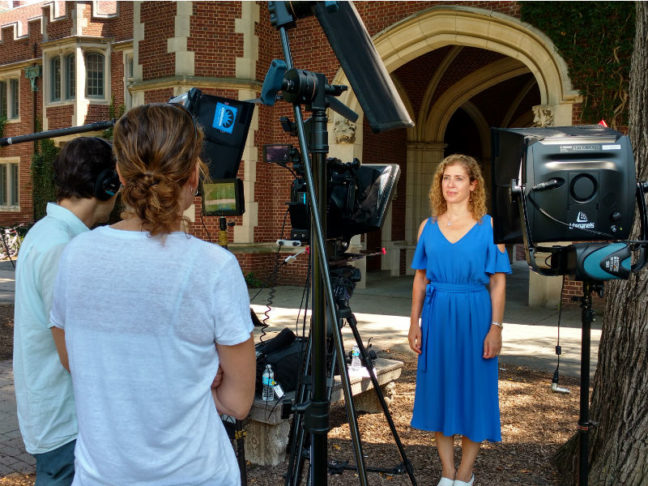 This new Massively Open Online Course (MOOC), titled “The Art of Structural Engineering: Vaults,” was released on the edX platform in January 2019. The course is about “vaulted structures” also referred to as “shell structures”. These are long-span roof coverings that are very thin in comparison to their span (meaning length). Proportionally speaking, these vaults can be thinner than an egg.

This course was designed for a general audience, no engineering background is needed. It is the second of three independent online courses that examine The Art of Structural Engineering. The first one was about bridges, and the next one will be about buildings. 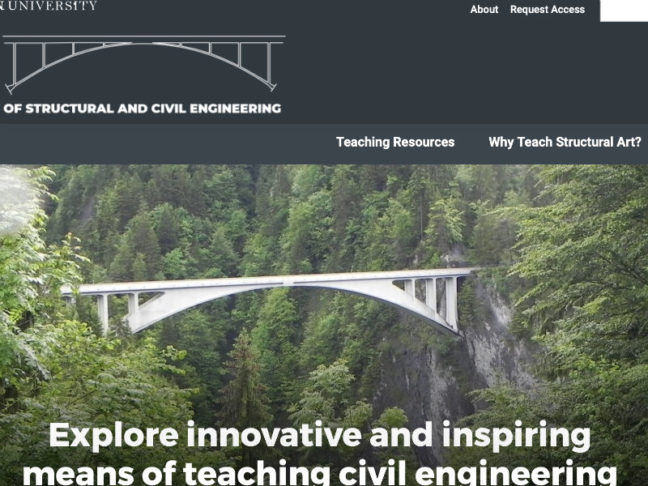 The website for the “Creative Art of Structural/Civil Engineering (CASCE) ” has been redesigned so that it is now simpler to find and download materials.  As the website states, it “builds upon the thesis of the late Professor David P. Billington of Princeton University, who defined “Structural Art” as structures (bridges, vaults, buildings) that seamlessly integrate efficiency, economy, and elegance.  This website (1) contains teaching resources to support instruction in CASCE to a broad audience (STEM and non-STEM), (2) makes a case for why teaching structural art and CASCE is important in higher education, and (3) describes the community of universities and colleagues who have adopted this teaching and their activities (e.g. workshops, conference sessions).” 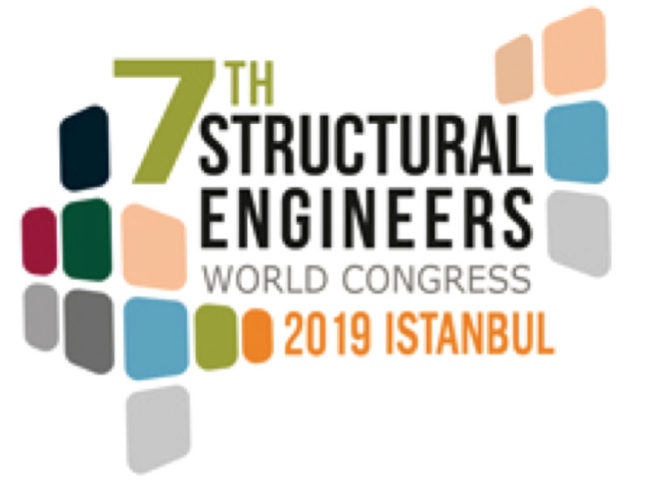 Professor Garlock delivered a keynote lecture at the Structural Engineers World Congress in Istanbul, Turkey, 24-26 April 2019.  The title of the lecture was “Felix Candela Umbrellas Transformed:
From Roofs to Coastal Defense”, and it represented a new direction of research that integrates structural art with coastal defense structures.  The theme of the conference was “Architecture and Structure: From Past to Future” and Candela’s umbrellas represented exactly that.  His umbrella structures are ‘structural architecture’ – meaning the two are indistinguishable.  Whereas in the past, these umbrella structures were used for roof coverings for large areas, the presentation focused on the potential future of these umbrellas as coastal defense structures.