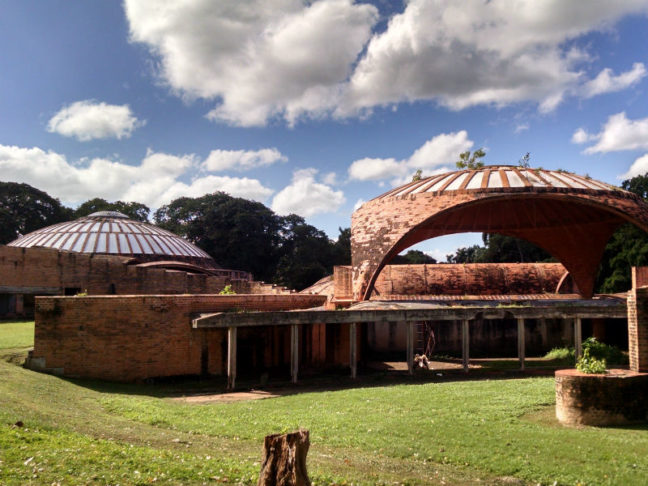 CEE Professors Branko Glisic and Maria Garlock teamed up with a consortium of European institutions led by Politecnico di Milano (including Vittorio Garatti Committee for the Havana National Schools of Art) to win Getty Foundation’s 2018 Keeping It Modern Grant for preservation study on The National Schools of Art of Havana. This collaborative research stemmed from the 2016 edition of the course CEE 463 A Social and Multidimensional Exploration of Structures, which focused on Creativity in Cuban Thin Shell Structures. The course initially led to several internal exploratory research projects including senior thesis of Isabelle Douglas ’17 and part of Ph.D. thesis of Rebecca Napolitano *20, whose works served as the basis for several publications and the collaborative proposal submitted to Getty Foundation. More detail about the project can be found in Getty Foundation website at http://www.getty.edu/foundation/initiatives/current/keeping_it_modern/grants_awarded_2018.html