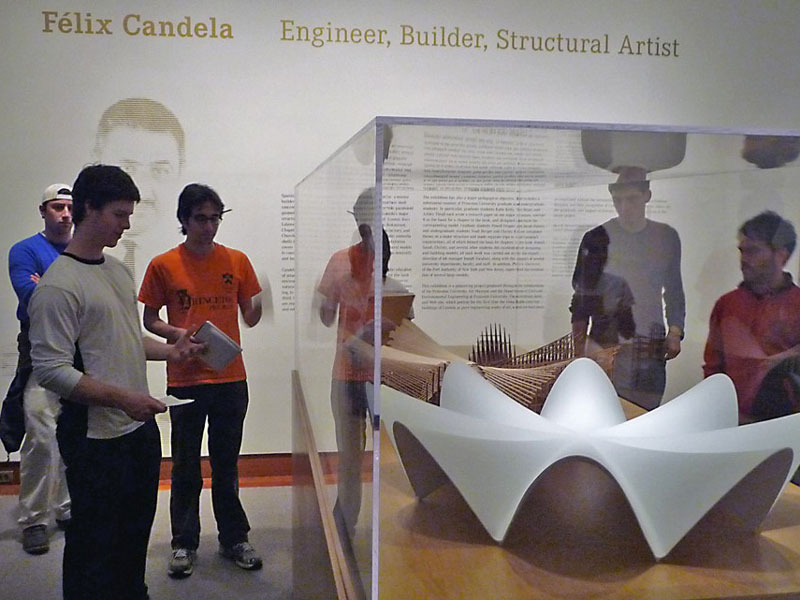 Click here to see the extensive website on this exhibition, which debuted at the Princeton University Museum (October 08 – February 09), then traveled to the MIT Museum (April 09 – September 09), and the Carnegie Museum of Art in Pittsburgh (September 2010 – January 2011).  This exhibition, co-curated by Maria Garlock and David Billington, illustrates Candela’s work as an art form, but also illustrates the process of design and construction that led to their creation.  While many architects had studied Candela, none had examined his work from an engineering perspective and none claimed him to be an engineer as we did in the exhibition and in the accompanying book with the same title as the exhibition.